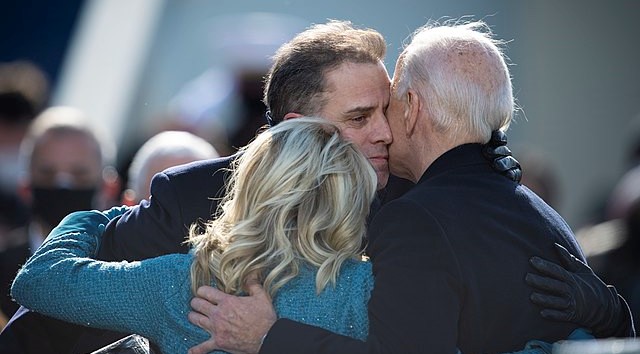 File image/Chairman of the Joint Chiefs of Staff from Washington D.C, United States, CC BY 2.0 <https://creativecommons.org/licenses/by/2.0>, via Wikimedia Commons

The mainstream media has largely ignored a leaked voicemail President Joe Biden purportedly left for his son Hunter Biden about his overseas business dealings, maintaining that any materials that allegedly originated from his son’s now-infamous laptop would not be discussed.

President Biden has repeatedly denied discussing Hunter’s business ventures with him, but on June 27, the Daily Mail first published a bombshell voicemail that many feel contradicts previous claims.