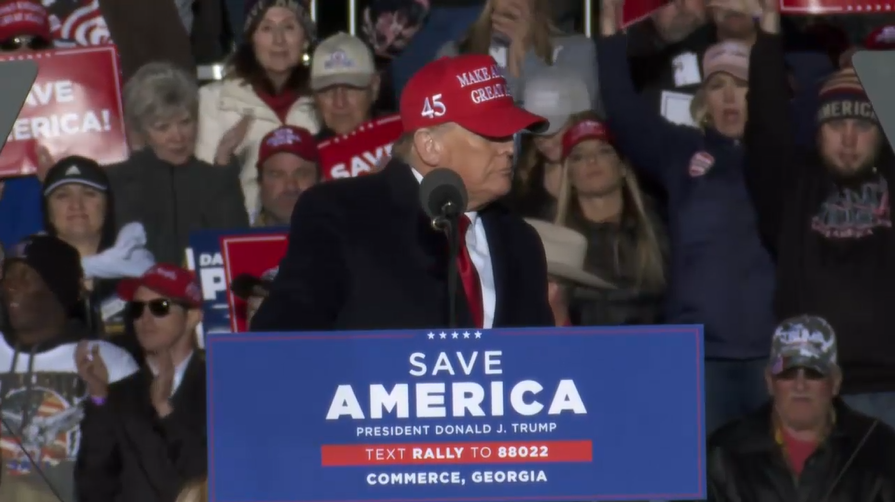 Donald Trump’s revenge rallies made a stop in Alaska on Saturday as he stumped for the candidate taking on moderate Republican Senator Lisa Murkowski.

In this article:Alaska, Anchorage, Get Murkowski out of here, I Rate Her No. 1 Bad, RINO, Sarah Palin, Sen. Lisa Murkowski, She is not a Republican, Trump Slams Lisa Murkowski, Voted To Impeach Him, Worse Than A RINO