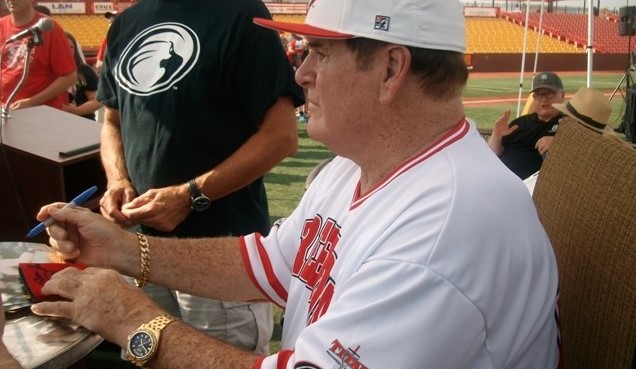 Pete Rose at an autograph signing, circa 2015/Mark Hansel for Bulldog Media

It’s been over 30 years since Pete Rose stepped foot on the Philadelphia Philles’ field, but that streak will soon come to an end.

Rose, baseball’s career hits leader, will appear on the Phillies’ field next month as the team is set to recognize the 1980 World Series championship team, according to ESPN. The 81-year-old agreed to a lifetime ban in 1989 after MLB found Rose placed bets on the Cincinnati Reds, a team he played for and managed, between 1985 and 1987.