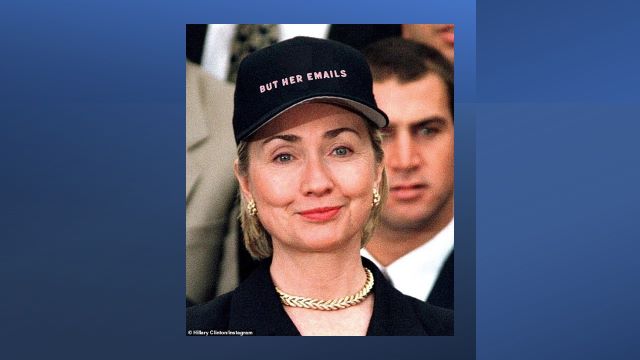 Hillary Clinton taunted Donald Trump and the FBI raid on his Mar-a-Lago home on Tuesday by plugging merchandise hats that monetize her own emails scandal.

Trump’s Florida home was raided by the FBI yesterday morning in dramatic fashion over suspicion and allegation that he destroyed official documents from his time in the Oval Office.