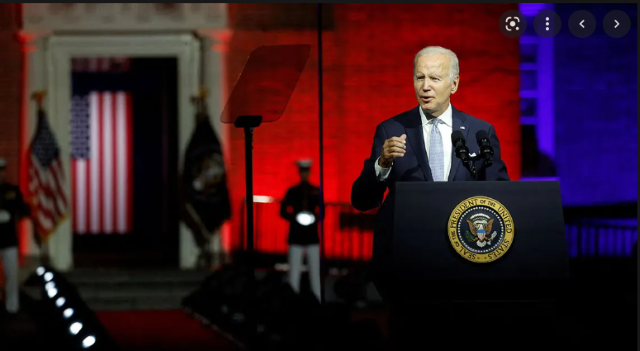 Biden aimed to frame the state of U.S. politics as a battle between “equality and democracy” and a GOP allegedly assaulting those principles in a campaign-style speech at Independence Hall in Philadelphia, with a widely criticized background that included ominous red lighting.