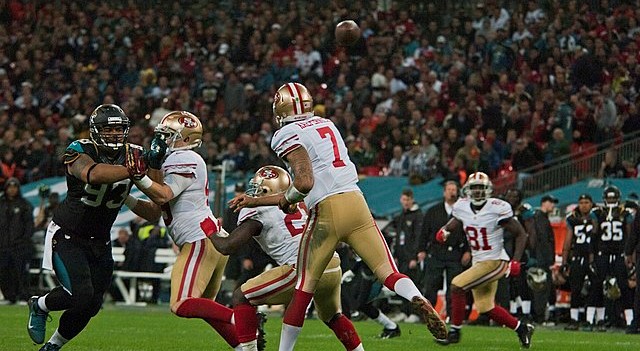 The Dallas Cowboys have a major issue at quarterback moving forward after Dak Prescott fractured his right thumb in Sunday night’s loss to the Tampa Bay Buccaneers.

While the Cowboys will likely go with Cooper Rush as the starting quarterback and Will Grier as his backup, ESPN star Stephen A. Smith floated the possibility of the team taking a flier on Colin Kaepernick. Smith said he didn’t think it would ever happen but broached the topic anyway.