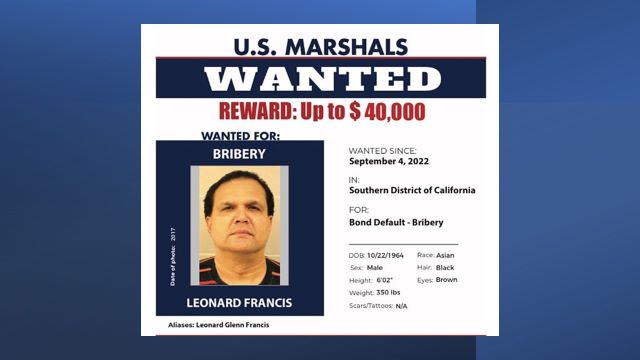 “Fat Leonard,” the flamboyant defense contractor who admitted bribing top Navy brass with booze and hookers in a $35 million scheme and bolted while awaiting sentencing earlier this month, was nabbed in Venezuela on Tuesday morning as he tried to flee to Russia.

The Malaysian national, whose real name is Leonard Glenn Francis, was captured at the Caracas airport as he prepared to flee the South American country for Russia, Interpol said. Francis, 58, had been in U.S. custody, but earlier this month cut off his ankle monitor while under house arrest in San Diego and slipped out of the country, sparking an international manhunt.