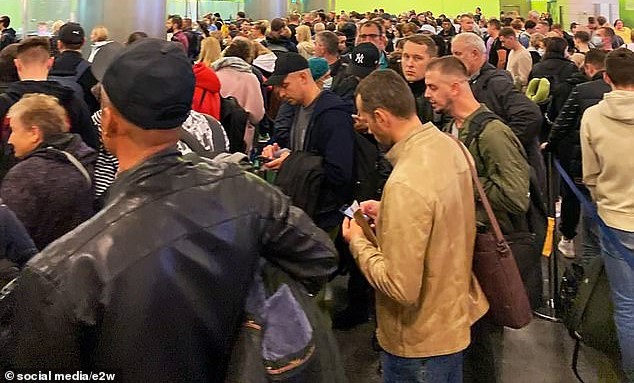 Thousands of desperate Russians are scrambling to flee the country to dodge Putin’s mobilization, as miles-long queues form to escape into border countries.

Men of fighting age are racing to avoid a potential call-up after Putin ordered Moscow’s first mobilization since World War Two, with plans to immediately start conscripting some 300,000 troops to fight on the frontline.