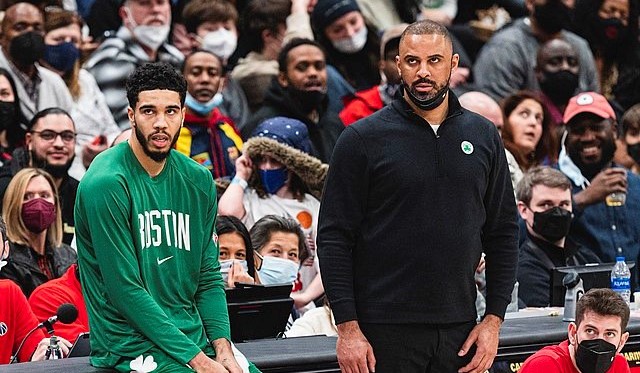 The Boston Celtics suspended head coach Ime Udoka for the entire 2022-2023 season for “violations of team policies” after he reportedly had an affair with a female staffer in the organization.

The relationship with the staff member “was considered to be a violation of the organization’s guidelines,” ESPN reported Wednesday night. The staff member’s role in the franchise was not immediately clear, and the person was not identified.

In this article:Boston Celtics, Celtics Suspend Ime Udoka For Entire 2022-23 Season, Ime Udoka, reportedly had an affair with a female staffer, staff member’s role in the franchise was not immediately clear, the person was not identified, Udoka, Violations Of Team Policies