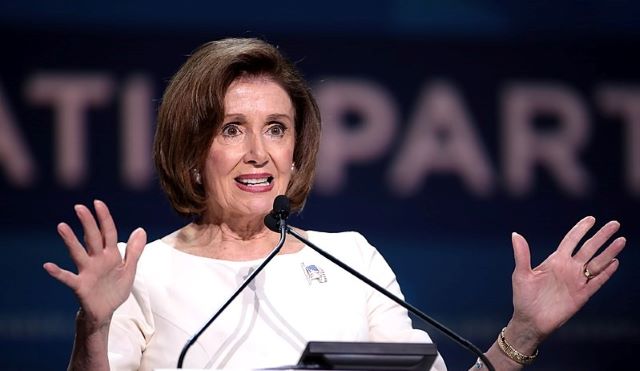 Attendees of a music festival in New York City Saturday night appeared to boo House Speaker Nancy Pelosi after she made a surprise appearance at the event.

Pelosi, wearing a white pantsuit with a matching scarf, took to the stage of NYC’s Global Citizen music festival where she was booed by those in the audience, videos on social media appear to show.