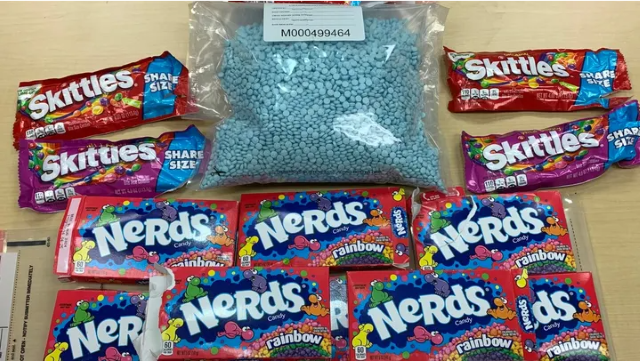 With Halloween just weeks away, the DEA is warning parents the deadly rainbow-colored pills may be marketed to children. The recent seizure in Connecticut found the drugs stashed in Skittles and Nerds packaging.