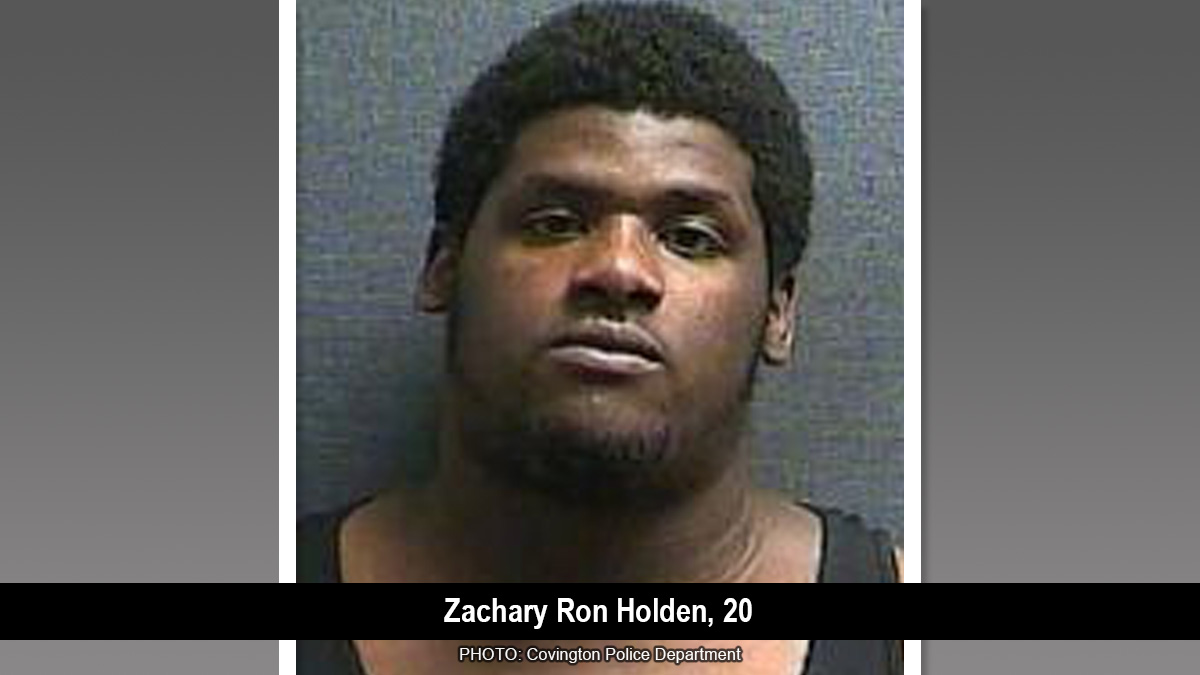 COVINGTON- Covington Police Detective Adam Uhl obtained an arrest warrant charging Zachary Ron Holden, 20, with Murder and 1st Degree Robbery in connection with the August 18, 2022 killing of Virgil Stewart. Detectives served the warrant on Holden in the Boone County Detention Center where he is being held on another robbery charge after being arrested by Florence Police on August 31, 2022. Another suspect, Latoya Dale, was arrested and charged with the same offenses on September 15, 2022. Both suspects are being held on $1,000,000 cash bonds.

Murder is a Capital Offense in Kentucky, carrying a possible punishment of 20 to 50 years or Life in prison. 1st Degree Robbery is a Class B felony, carrying 10 to 20 years in prison. Both are considered violent offenses meaning anyone convicted of such an offense must serve 85% of the sentence, up to a maximum of 20 years, before being eligible for parole. Murder committed during the course of a robbery is eligible for enhanced punishments including Life Without Parole for 25 Years, Life Without Parole, or Death. A decision about whether to seek enhanced punishment has not yet been made.

Commonwealth’s Attorney Rob Sanders said “Violent and senseless killings of completely innocent victims cannot be tolerated if we want to continue enjoying a safe community.” Sanders said the suspects have no known connection to Stewart who was walking home from his job at the nearby Family Dollar store. “No one should be afraid to walk home from work,” said Sanders. “This is the kind of crime making some big cities unlivable these days and we’re not going to let Kenton County go down the same path,” Sanders said.

Sanders also complimented the work of the detectives in the Covington Police Crime Bureau, saying “They started with less to go on than any murder case I’ve seen in a long time,” said Sanders. “The tenacity of their detectives, especially Detectives Adam Uhl and Brian Powers, is really impressive,” Sanders said. “Fortunately, major cases like this aren’t as recurring as they once were in Covington, but it’s good to know they’re treated with the same degree of professionalism and zeal.”

All criminal defendants are presumed innocent until proven guilty in court.