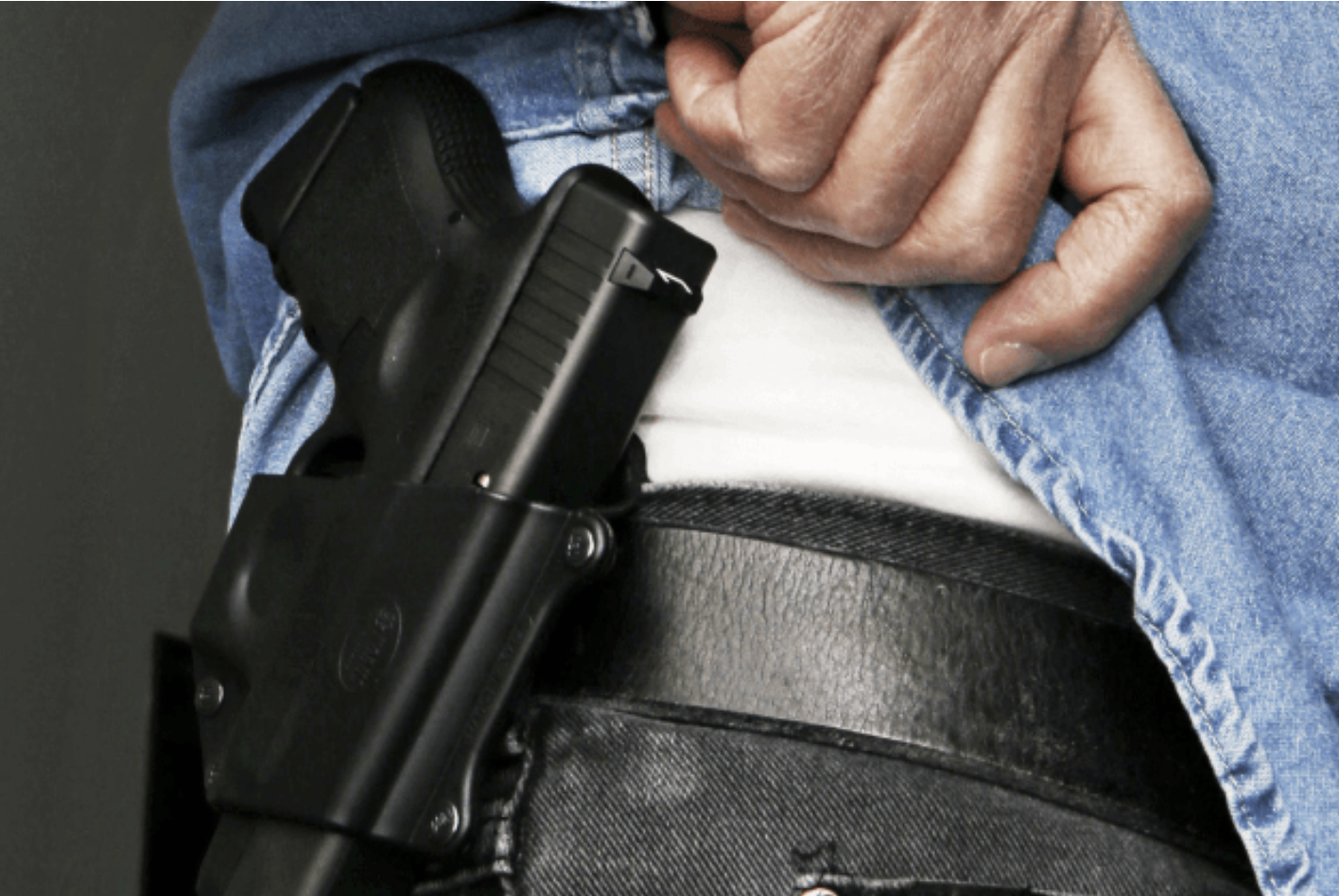 And now this third decision, issued November 22, 2022, also by Sinatra, comes in a suit filed by the Second Amendment Foundation and the Firearms Policy Coalition on behalf of Brett Christian, a private citizen.

The three decisions have each struck at a different aspect of a larger body of gun controls signed by New York Gov. Kathy Hochul (D) in reaction to the Supreme Court of the United States’ June 23, 2022, decision in NYSRPA v. Bruen. That decision struck down New York’s proper cause requirement for concealed carry permit issuance.

Democrat lawmakers in New York responded to Bruen by passing more gun controls and restrictions, including a requirement that concealed carry permit applicants have their social media accounts scoured and an outright ban on concealed carry in places of worship.

The gun controls also included the prohibition against carrying on private property.

Judge Sinatra indicated that private property owners do indeed have the right to forbid concealed carry on their premises should they so choose, but the state does not have the ability to exercise that right for them.

Second Amendment Foundation executive director Alan Gottlieb commented on the ruling, saying, “New York’s efforts to dance around the Supreme Court’s Bruen decision have become a painful exercise in legal acrobatics, which it seems obvious the courts can see through. This case illustrates the ridiculous lengths to which lawmakers in Albany have tried to go in their efforts to get around the letter and spirit of the high court ruling.”

The case is Christian v. Nigrelli, No. 122-cv-00695 in the United States District Court for the Western District of New York.