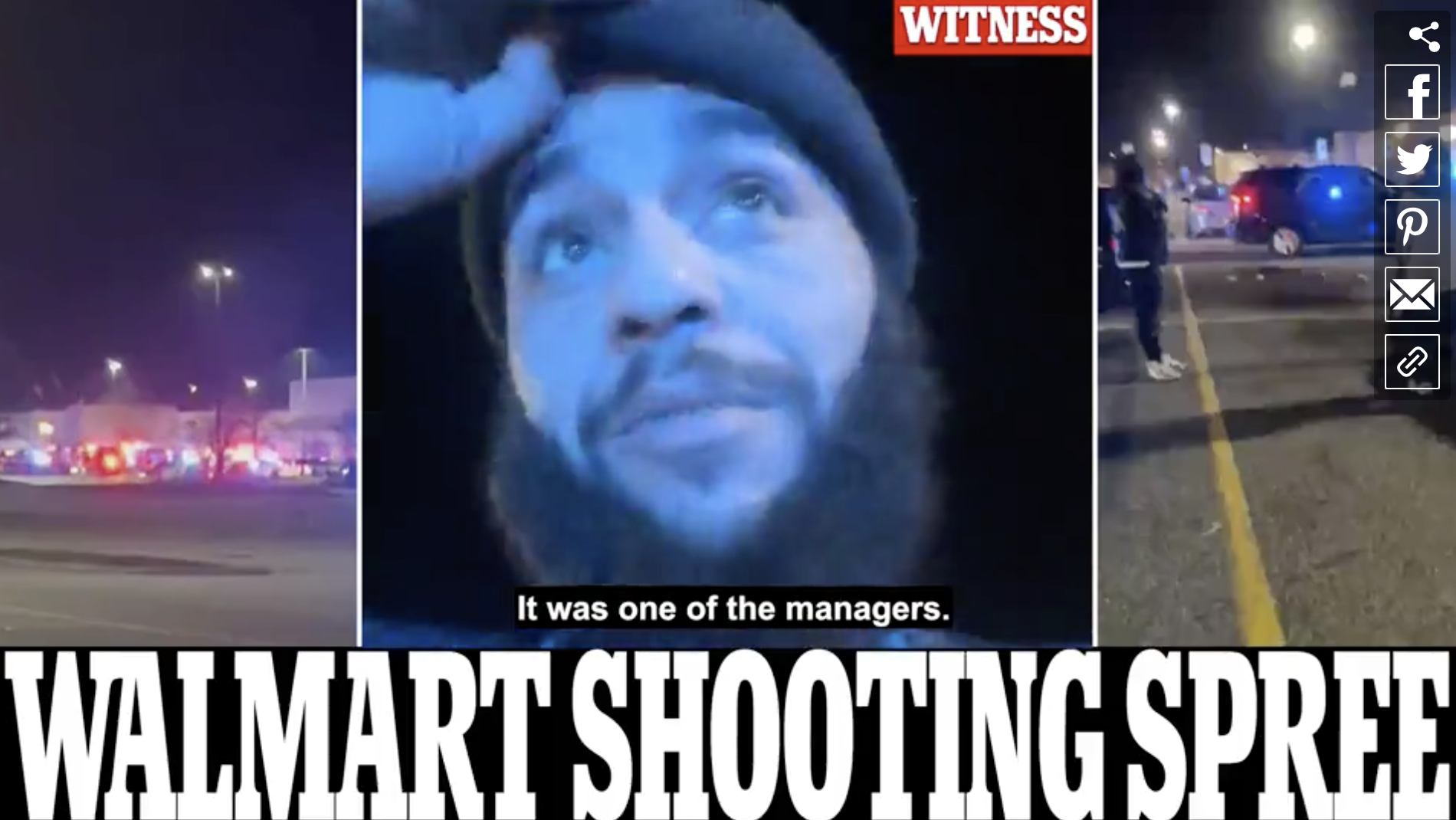 By NEIRIN GRAY DESAI FOR DAILYMAIL.COM

Up to 10 people have been killed at a Walmart store in Chesapeake, Virginia, after a gunman – believed to be a manager – opened fire inside just days before Thanksgiving.

According to those at the scene, one of the managers entered the break room and started shooting at those inside the Sam’s Circle Walmart, located just off Battlefield Boulevard, at around 10.10pm on Tuesday night.

Police said the gunman is dead. They also found multiple people injured and dead when they arrived at the scene. ADVERTISEMENT

The exact number of victims is not yet clear, but a Chesapeake Police Department spokesperson said that no more than 10 people have died in the mass shooting. All injured have been transported to hospitals in the area.

There are also a number of people believed to be seriously hurt as over 40 emergency service vehicles swooped to the Walmart supercenter on Tuesday night.

One Walmart employee, standing outside the store after the horrific attack, revealed on social media: ‘It was the manager. One of the managers.’

The shooter is understood to be dead, police said. Cops also confirmed that there could be up to 10 people dead following the tragic ordeal in Walmart+9View gallery

Police officer Leo Kosinkski says there were multiple fatalities and injuries and that police were searching the building.

He said: ‘As police arrived on scene, they realized it was an active shooter situation and we had to change our tactics.’

It’s currently unclear how many people died. The supercenter was open to the public at the time of the shooting – and cops said the Walmart may have been busy as shoppers prepared for Thanksgiving.

Police now fear that there could be even more people inside the large store, either injured or hiding following the gunshots.

Virginia state Senator Louise Lucas, who represents that portion of Chesapeake, said: ‘I am absolutely heartbroken that America’s latest mass shooting took place in a Walmart in my district in Chesapeake, Virginia tonight.

In this article:Virginia, Walmart Shooting