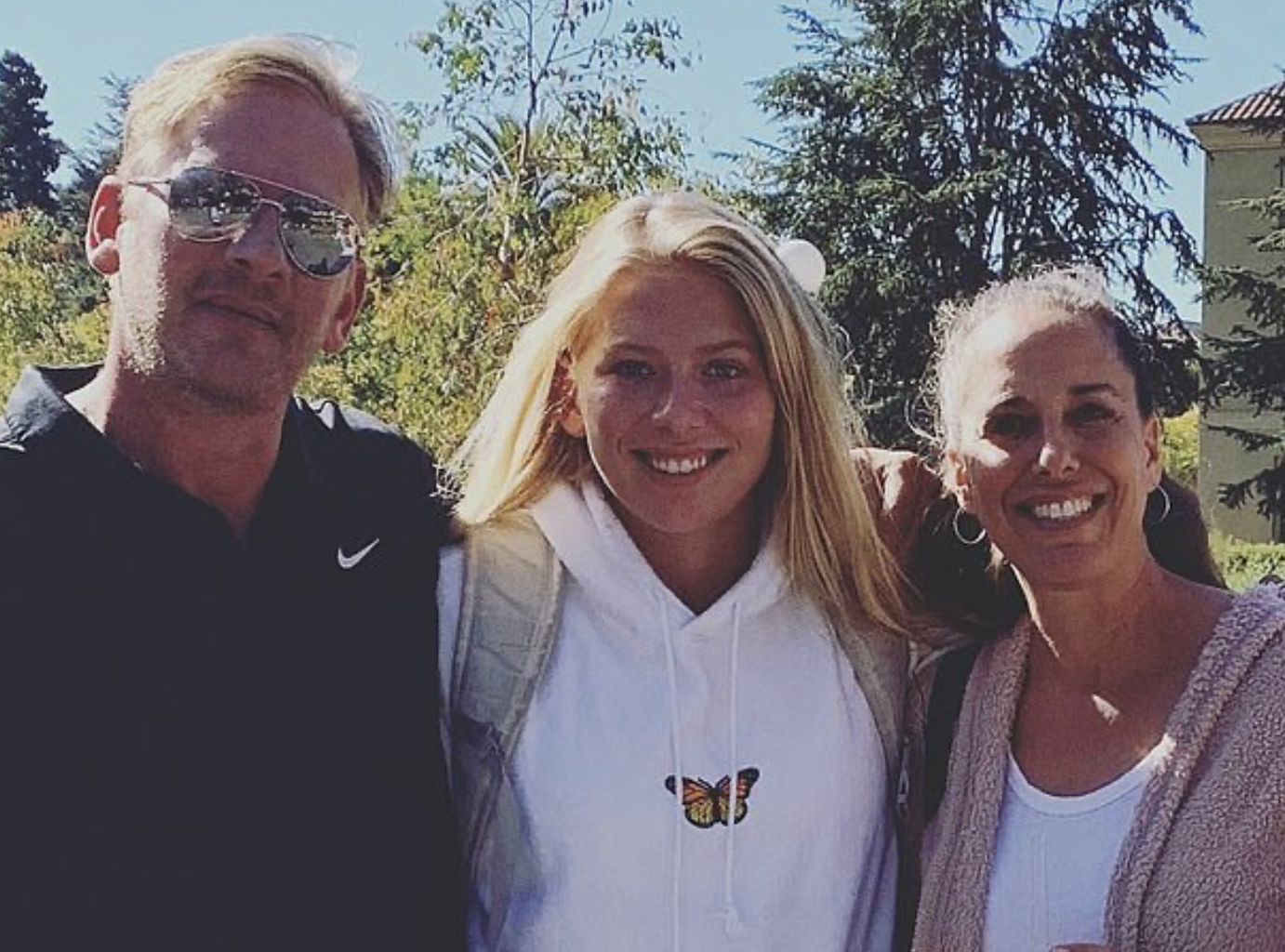 By ALYSSA GUZMAN FOR DAILYMAIL.COM

The family of a standout goalkeeper at Stanford University has sued the school after the student’s suicide in March, claiming it should be held accountable for her death.

Katie Meyer, 22, took her own life in February after being handed a disciplinary letter from brass at the university, following an August 2021 incident in which she allegedly spilled coffee on another student athlete.

The student, a football player at the school whose identity has not been revealed, at the time had been accused of sexually assaulting one of her teammates, who was a minor at the time. ADVERTISEMENT

The lawsuit, filed by Steven and Gina Meyer Wednesday, states that on the night of her death, Stanford ‘negligently and recklessly’ sent her the formal disciplinary notice without properly vetting the August encounter.

It further declared that the warning ‘contained threatening language regarding sanctions and even ‘removal from the university,’ which put the star goalie in a deteriorating state of mind that would ultimately see her snuff out her life.

It is currently unclear if Meyer purposely spilled the coffee or not on the football player. She was reportedly riding her bike when she reportedly spilled the drink, the suit states, claiming it was an accident

Her parents, Steven and Gina Meyer, have now filed a wrongful death lawsuit against the California school, claiming their daughter’s suicide was ‘solely in response to the shocking and deeply distressing information she received from Stanford while alone in her room without any support or resources’ +8View gallery

Katie Meyer, 22, took her own life in February after reportedly been handed a disciplinary letter regarding the moment she spilled coffee on a student who was accused of sexually assaulting a minor

Meyer, the former captain of the team and a 2019 champion, died in March of this year, with coroner’s later declaring her death a suicide.

At the time, the college senior had been nursing a knee surgery, and had plans of attending law school after graduation.

According to the suit – which names the University, its board of trustees, deans, and general counsel – the school’s letter threatened those plans, putting stress on the soccer star.

It also revealed that the school never pursued disciplinary action against the football star, due to a lack of evidence. Instead, it argues, the storied university honed in on their daughter, seemingly to put the kibosh on the burgeoning situation. TRENDINGNow THAT’S courageous restraint: Horrific moment black US soldier is told ‘stay away from white women’ – by an AMERICAN hurling racist insults at mall in Poland6.7k viewing nowIllinois grandparents killed in plane crash while en route to North Carolina to celebrate Thanksgiving with son and grandkids944 viewing nowShocking new video from Uber driver’s cell shows racist DC woman hurling disgusting abuse in row over a phone charger:  Victim is called a ‘slave’ and ‘N-word’ in wild confrontation1.9k viewing now

Attorney Kim Dougherty wrote in a statement that accompanied the filing Wednesday that Meyer’s death was the direct product of ‘Stanford’s egregious and reckless mishandling of its disciplinary process.’

‘Stanford has known for years that its disciplinary process, in its own Committee 10’s words, is “overly punitive” and harmful to its students,’ Dougherty wrote, ‘yet the school and its administrators have done nothing to correct its procedures.’

‘Through this litigation we will not only obtain justice for Katie, but also ensure necessary change is put into place to help protect Stanford students and provide safeguards when students are in need of support.’

The suit focuses on how the night of February 28, more than six months after the coffee-spilling incident, Meyer received a notice from the school that she was to undergo a disciplinary hearing to potentially face punishment over her actions.

In this article:sexual assault, Stanford, suicide