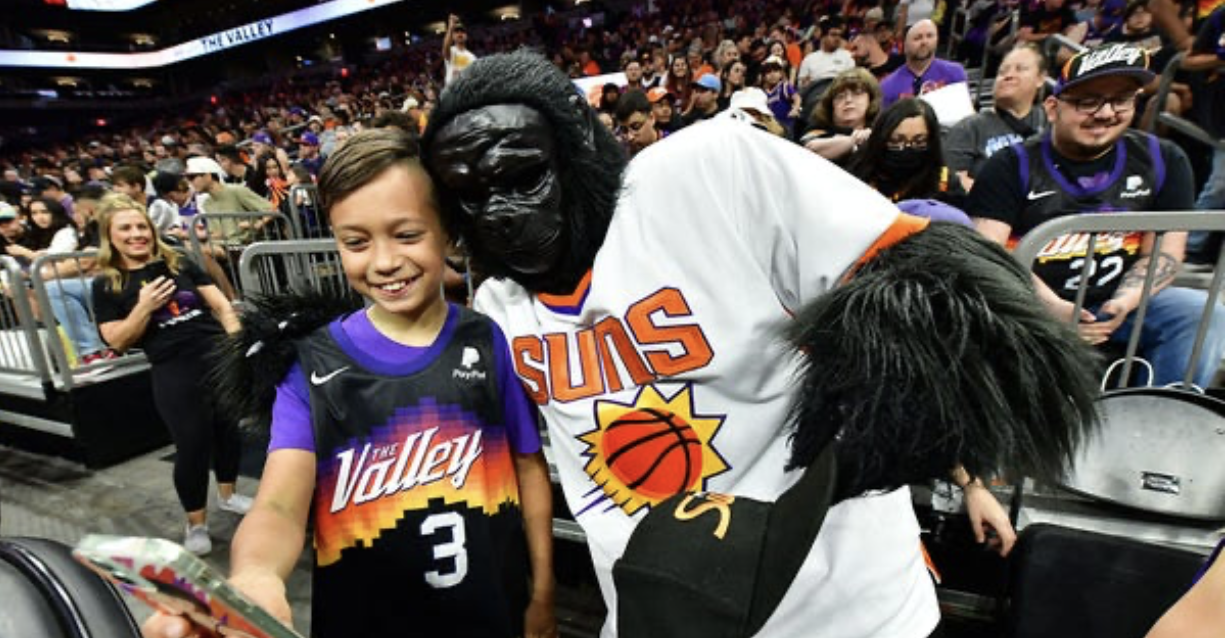 Phoenix Suns owner Robert Sarver is suspended, and selling his team, after it was found he used racial slurs in conversation, but one NBA champion thinks his racism is much more overt.

“The thing that’s funny is they kind of slid that one by for all these years,” Odom said on the “Bootleg Kev Podcast.” “Nobody says anything about that. Gorillas, in the desert, you can’t find any. You could probably find a cactus.

“In basketball, bro, just like, come on, bro. But you know what’s so, really crazy about it? They just tried it because they wanted to get the fans involved, and that’s the reason why they kept it, ’cause the fans loved it.”https://www.youtube-nocookie.com/embed/OUtnq0k1SIs

Odom then noted that Arizona was the last state to formally recognize Martin Luther King Day as a federal holiday, which didn’t occur until 1992.

The two-time NBA champion described himself as a “woke, young Black man in America,” and he looks at things “totally different.”

Lamar Odom #7 of the Los Angeles Lakers drives the ball upcourt during the game against the Denver Nuggets at Staples Center on April 3, 2011 in Los Angeles, California. (Lisa Blumenfeld/Getty Images)

The mascot dates back to 1980, and has stuck ever since.

In this article:go the gorilla, Phoenix Suns, racist, woke