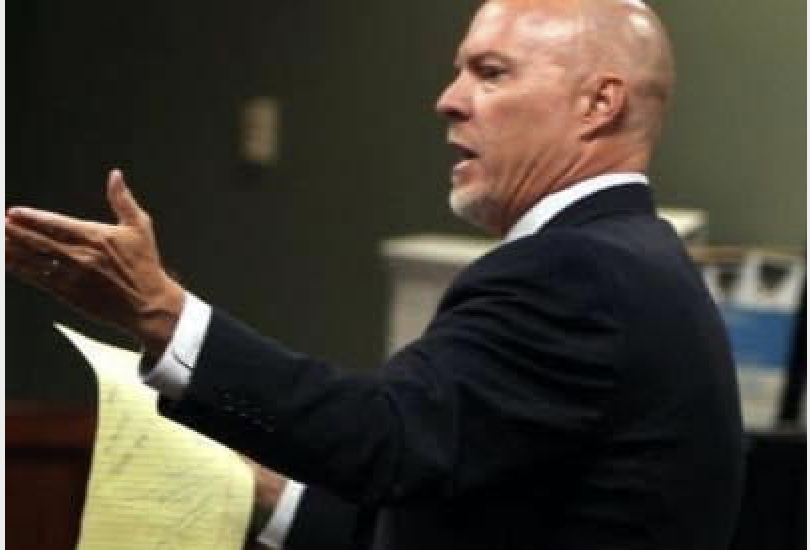 Clay County, KY (November 27, 2022) – On September 21st of this year I became aware of a situation that I felt was truly disturbing.  A candidate for the governor’s race in the commonwealth of Kentucky was being “uninvited” from an event in Floyd County by the Republican Party of that county.  That candidate was Mr. Eric Deters.

Mr. Deters posted a press release on his social media (Facebook) campaign page concerning the events that transpired and, in an attempt to draw attention to this matter, I shared this in my volunteer capacity with ClayCoNews.com.  For reference and full transparency that article can be found here.

Today I am going to take the opportunity to tell you the story behind the scenes that most journalists will never share.  That story is how I came to be involved and how my desire to provide fair and unbiased political coverage has evolved over the last couple of months.  It all started with an innocent “Wow” from my wife who is always looking for topics of interest on social media that may make for newsworthy content.  “Honey, you won’t believe this,” she said. “What is it?” I replied.  “This gentleman that’s running for governor just got barred from attending a Republican Party event in Floyd County!” she exclaimed.  That began my research into what I feel is the most unreported truth in politics today.  That truth is the control of information.

I immediately grabbed my phone, and I began to read over this post and also researching who Eric Deters is.  During this impromptu research I ran across a post that included a cell phone number that claimed to be the personal cell phone number of candidate Deters. I can honestly say I was extremely skeptical when I first saw this number.  In an attempt to ascertain the truth about the situation in Floyd County and to see if this was an authentic contact number, I sent a text message to the cell number.  I truly never expected any sort of reply.  In less than 5 minutes I received a reply.

Think about that for just a few minutes folks. A gubernatorial candidate who gives out his personal cell phone number (859.250.2527) because he wants to communicate with the people he is running to represent.  This is unprecedented in the political world.  I have personally contacted at least 3 other candidates in the governor’s race (albeit concerning other matters) and to this very day I have yet to hear back from any of them. It is truly refreshing to know that a person who wants to represent the citizens of Kentucky also wants to communicate directly with those citizens.

The control of information mentioned above happens at all levels of government and like most of you I feel that the mainstream media (MSM) holds the majority of the responsibility for that.  News outlets have a responsibility to the people of this country and the majority of them are failing miserably.  The MSM pick and choose what they will and will not report on and even worse many of them try to “slant” or “tilt” the information in such a way that it favors their own political agenda.  In my personal and professional opinions, the media is only responsible for sharing the news.  Nothing more and nothing less.  If they want to include their opinions, then the piece should be labeled as such much like I have chosen to write this article as an Opinion Editorial.  These are my opinions and while they are based on facts, they are still opinions and journalistic integrity requires me to remind you of that.

My biggest complaint about the attempted control of information is in regard to politics.  How can we have truly fair elections if the people who are voting are not presented with all of the available information in an unbiased format?  I’m not overexaggerating either.  Many Democrats who voted for Joe Biden have said in polls that had they known the truth about his son Hunter’s laptop they would not have voted for him.  Just this past week CBS finally admitted that the laptop was real.  On behalf of the American people I say, “Thank you CBS, we can finally sleep better at night knowing that the laptop wasn’t Russian Disinformation.”  And the timing?  Just after one of the most important midterm elections of my lifetime.  What a coincidence.  Please.

As a society how do we combat this attempted control of information concerning politics?

It is as simple as this.  We need more candidates who are willing to interact with the people directly and personally.  For example, former President Donald J. Trump took to Twitter and before being banned had amassed over 90 million followers.  Elon Musk’s takeover of Twitter has led to the reinstatement of President Trump’s account, but he has yet to return to the platform.  Additionally, we need persons within the media who are willing to share news and information in a format that is clear and concise without any form of bias or prejudice.

Mr. Eric Deters’ nickname is the “Bulldog“, and he helps run a media company called Bulldog Media.  He is also a former attorney and an accomplished author.  In his campaign for governor, he has posted his official platform on a wide array of topics.  You may agree or disagree with his positions, but one thing is for sure you will always know where he stands on any given subject.  In a time when most political candidates are straddling the fence on controversial issues Mr. Deters takes a clear position.  Candidate Deters has posted a list of over 100 positions that he is taking in the most transparent platform I have seen in recent years.

This past week Mr. Deters held an event in Somerset, KY and I had the opportunity to attend and film the rally.  The keynote speaker was the former Acting Director of the U.S. Immigration and Customs Enforcement (ICE) Mr. Thomas Homan.  Before Mr. Homan gave an impressive and heart wrenching first-hand description of what is transpiring along our southern border Mr. Deters took to the stage and went over many of his positions.  For the record, I do not agree with all of Mr. Deters’ positions, but I feel like he has the God-given right to share his platform and promote his candidacy.  Once again, during this event Mr. Deters publicly stated, “I want every Kentuckian to have my cell phone number and text me when they have a question or concern.” I hope when people read this article, they will understand that he is genuine about that.

After the event I had the opportunity to speak with Mr. Deters for a few minutes as well as a couple of the members of his campaign.  Eric Deters is very down to earth and extremely well-spoken.  We discussed some of our personal beliefs as fellow Christian Conservatives and I can honestly say I found him to be true and authentic.  I feel like his message will resonate with Kentuckians all across the commonwealth given they have the opportunity to hear it.

The “establishment” that has kept him from participating (speaking) at Fancy Farm and at the Floyd County Republican event must be fearful of what he has to say.  More importantly they must be fearful that you will hear it and possibly even agree with it.  What else could explain this outright censorship of a political candidate?  Recently in what I like to call soft “hit pieces” Mr. Deters has been slammed for his record while he was an attorney.  They (MSM) never go on to tell you the whole story behind it.  They misspell his name.  They promote other candidates as being the front-runners and subtly only mention his name in passing.  They spread disinformation about him and a recurring family issue that he has been dealing with.  They must take him seriously, so they in turn don’t want the people to.  Sort of sounds familiar in my opinion.

The great thing about today’s modern world is the ability to reach the masses through technology.  The political establishment may have great influence over the MSM, even partially controlling what and how the MSM covers topics and people, but they are not the sole proprietors of information.  The information belongs to the people, and I am simply doing my small part in sharing it.  I will share as much information as I possibly can about all of the candidates for governor.

I have not been paid or promised anything to write this Op-Ed and I am not endorsing Mr. Deters.  I am just a volunteer citizen journalist (non-monetized) who feels the need to tell the whole story without bias or spin.  I hope that each potential voter will do their own research and make up their own mind in accordance with their own personal beliefs.  Knowing that the people have the information necessary to make an informed decision is more valuable to me than anything.  Thank you for reading and have a blessed day!

Previous coverage of the Governor’s race by Brent Willoughby on Newsbreak can be found here.

A short clip of Mr. Deters’ speech in Somerset, KY where he once again declares his desire to communicate with Kentuckians can be found here.

Coming soon: A report on Tom Homan’s speech and what exactly is going on at the southern border.