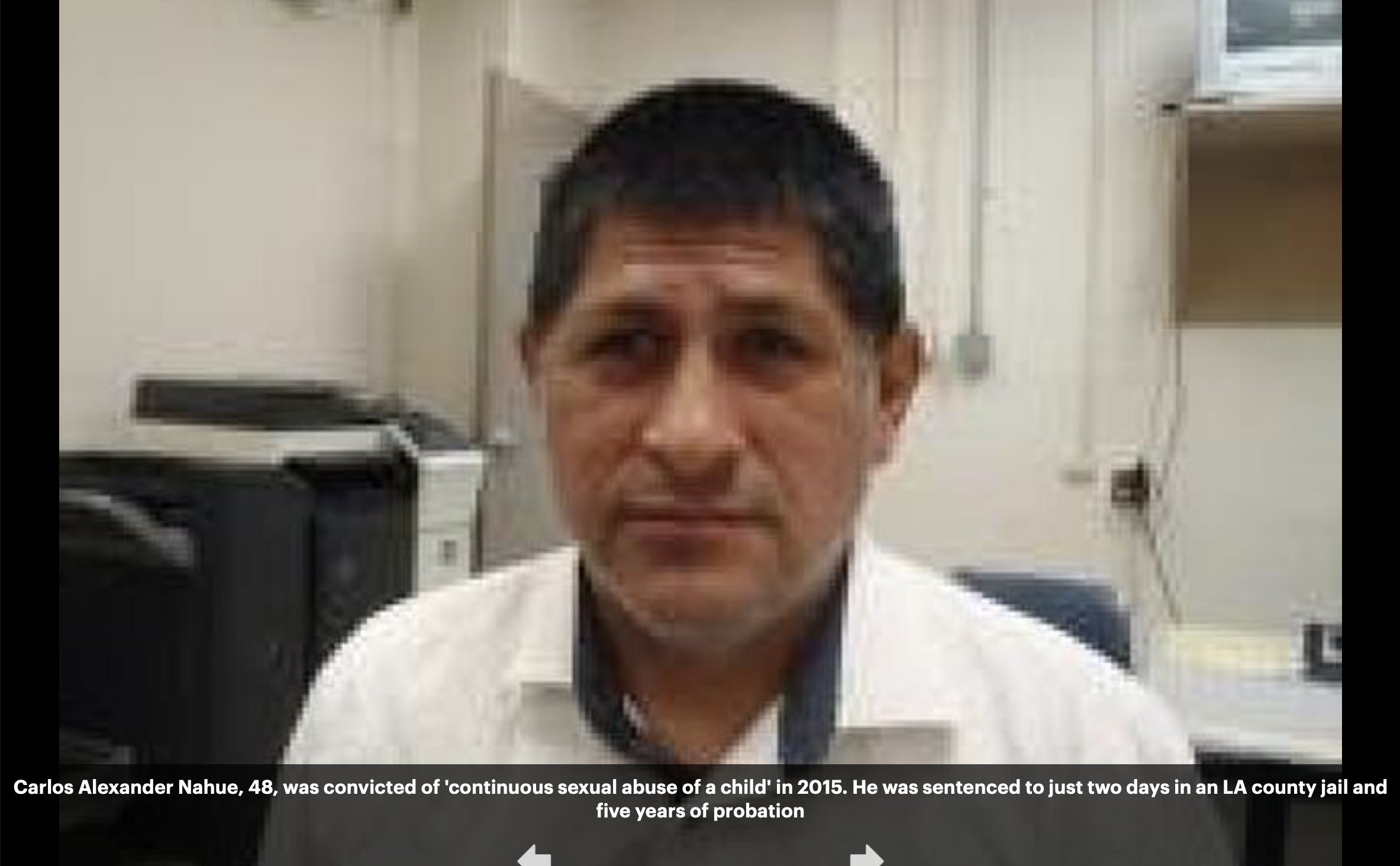 By JOSH BOSWELL FOR DAILYMAIL.COM

Pedophiles are getting less than a year prison time after a range of horrific acts, including raping kids under 14, a DailyMail.com investigation reveals.

Analysis of a California database of sex offenders shows thousands of child molesters are being let out after just a few months, despite sentencing guidelines.

Current and former sex crime prosecutors said the figures are ‘terrifying’ and ‘shameful’.

More than 7,000 sex offenders were convicted of ‘lewd or lascivious acts with a child under 14 years of age’ but were let out of prison the same year they were incarcerated, data from the California Megan’s Law database says.

Others who committed some of the worst child sex crimes on the statute books served similarly short sentences, including 365 pedophiles convicted of continuous sexual abuse of a child who spent less than 12 months in prison, 39 cases of sodomy with a child under 16, and three cases of kidnapping a child under 14 ‘with intent to commit lewd or lascivious acts’, according to the data.

An analysis of a California sex offenders database shows thousands of child molesters are being let out after just a few months. Noah Thomas Holt, from Watsonville in Santa Cruz County, was convicted in 2013 of lewd acts with an under-14, child pornography possession and indecent exposure. He was released within a year of his conviction

‘Letting these people out early, we’re allowing for a lot more victimization. And that’s terrifying.’

It is unclear whether the Megan’s Law database prison time statistics are similar for other states, as DailyMail.com was only able to obtain detailed sex offender data for California.

Former Los Angeles sex crimes prosecutor Samuel Dordulian told DailyMail.com he was ‘shocked’ by the statistics and described them as ‘frightening for society’

One offender in the database is Reseda, resident Carlos Alexander Nahue, 48, who was convicted of ‘continuous sexual abuse of a child’ in 2015.

His Los Angeles court records say he was charged in October 2014 and pled no contest to the crime in January 2015 – but was sentenced to just two days in an LA county jail and five years of probation.

He now lives one block from Royal Montessori School daycare and three blocks from Reseda Elementary School, according to the Megan’s Law database.

Noah Thomas Holt, from Watsonville in Santa Cruz County, was convicted in 2013 of lewd acts with an under-14-year-old, child pornography possession and indecent exposure.

Holt has posted several pictures with a young girl on his Facebook page. He was also convicted of a DUI in 2017.

Gualterio Lopez Contreras, 47, was charged in May 2014 with sodomy by use of force, sexual penetration by force, and continuous sexual abuse of a child.

He took a plea deal from Fresno county prosecutors, pleaded no contest to one count of a lewd or lascivious act with a minor in February 2016, and was sentenced to three years in Wasco State Prison.

But the court record says he was given credits of 790 days, which would leave just 305 days to serve, or less than a year.

A Megan’s Law record for Contreras from three years ago says he was released from prison in 2016. There is no longer a record for him in the current Megan’s Law database.