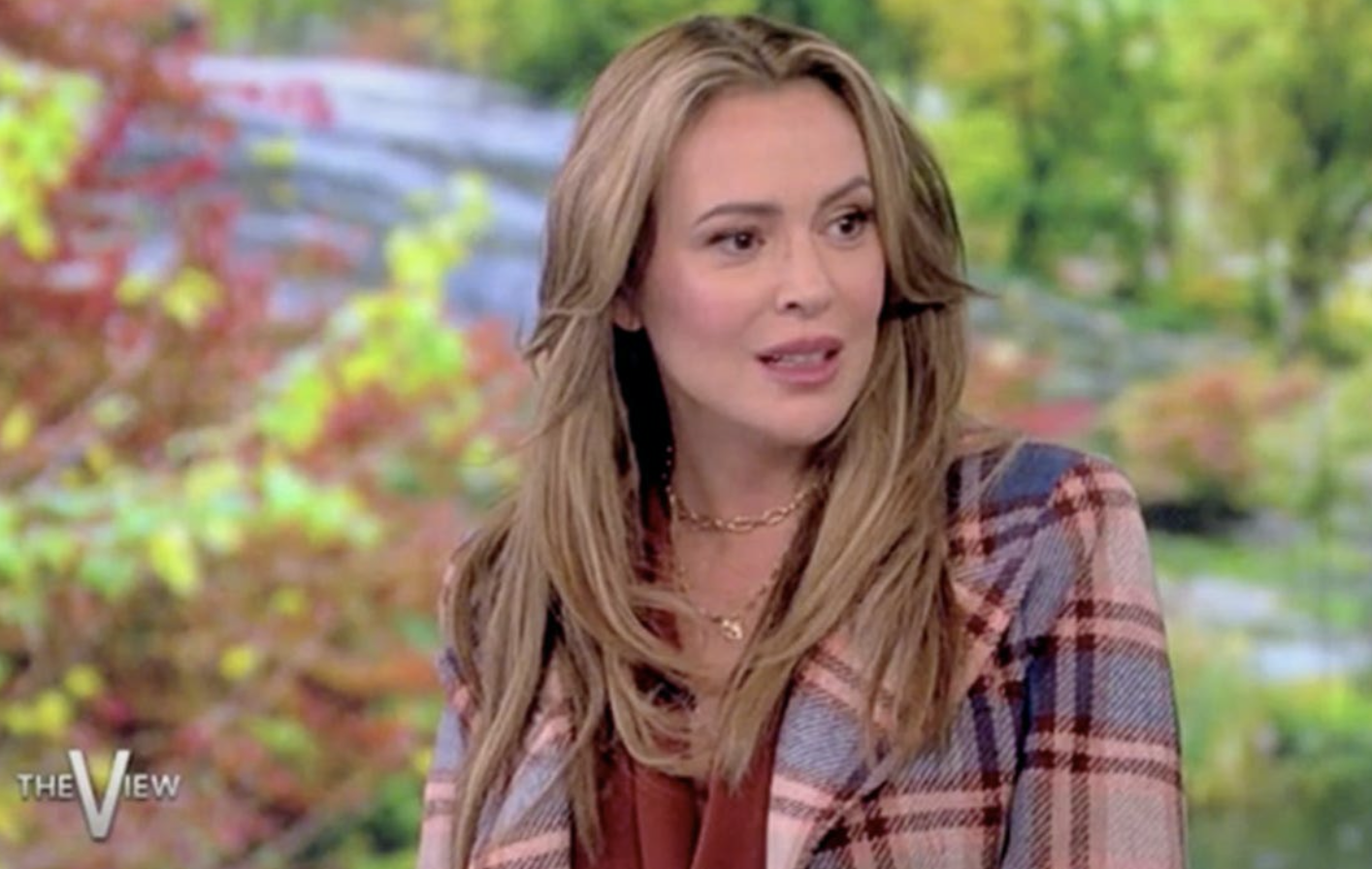 Actress Alyssa Milano announced Tuesday that she will remain on Twitter during “The View” and said “we can’t cede that territory.”

Actress Alyssa Milano said Tuesday during “The View” that she would remain on Twitter because she didn’t want to “cede that territory.”

Co-host Sunny Hostin asked Milano about Elon Musk’s takeover of Twitter and if the celebrity would stay on the social media platform.

“We can’t cede that territory. It’s like turf war. That’s how I look at it,” she said.

Co-host Whoopi Goldberg appeared to disagree and said “not that one.”

Actress Alyssa Milano joins the hosts of “The View” on Tuesday.  (Screenshot/ABC/TheView)

Goldberg claimed the platform was not meant to be any better.

“If we’re not representing our side of, of the political discourse, aren’t we just saying, you know what you can have Twitter,” Milano pushed back.

Goldberg responded and said there was no way to get control of the platform right now.

“I’ll tell you, some things you have to walk away from until you can get the control you need of it. Right now there’s no way to get this control. And so find the ones that you can get and fix and then come back and run that run over,” the co-host said.

WHITE HOUSE SLAMMED FOR PLEDGING TO KEEP A ‘CLOSE EYE’ ON ‘DISINFORMATION’ ON TWITTER: ‘ABSOLUTELY INSANE’

Goldberg announced in early November that she would be leaving Twitter after Musk acquired the platform.

Earlier in the segment, Milano said of Musk, “When he was accused of sexual misconduct and paid out $250,000 to this person, I decided like I can’t live in that hypocrisy of that driving that car, when, you know, that happened. But also I’m kind of like, like I’m so annoyed with all of these billionaires, with like the exception of a few, but especially Elon Musk, like you buy Twitter to destroy it for $40 billion, right, $40 billion, Elon Musk, imagine if he donated that money to UNICEF. He would change the world. There would be, there would be no hunger.”

Milano announced on Saturday that she got rid of her Tesla and bought the Volkswagen electric vehicle.

“I gave back my Tesla,” Milano wrote on Twitter. “I bought the VW ev. I love it. I’m not sure how advertisers can buy space on Twitter. Publicly traded company’s products being pushed in alignment with hate and white supremacy doesn’t seem to be a winning business model.”