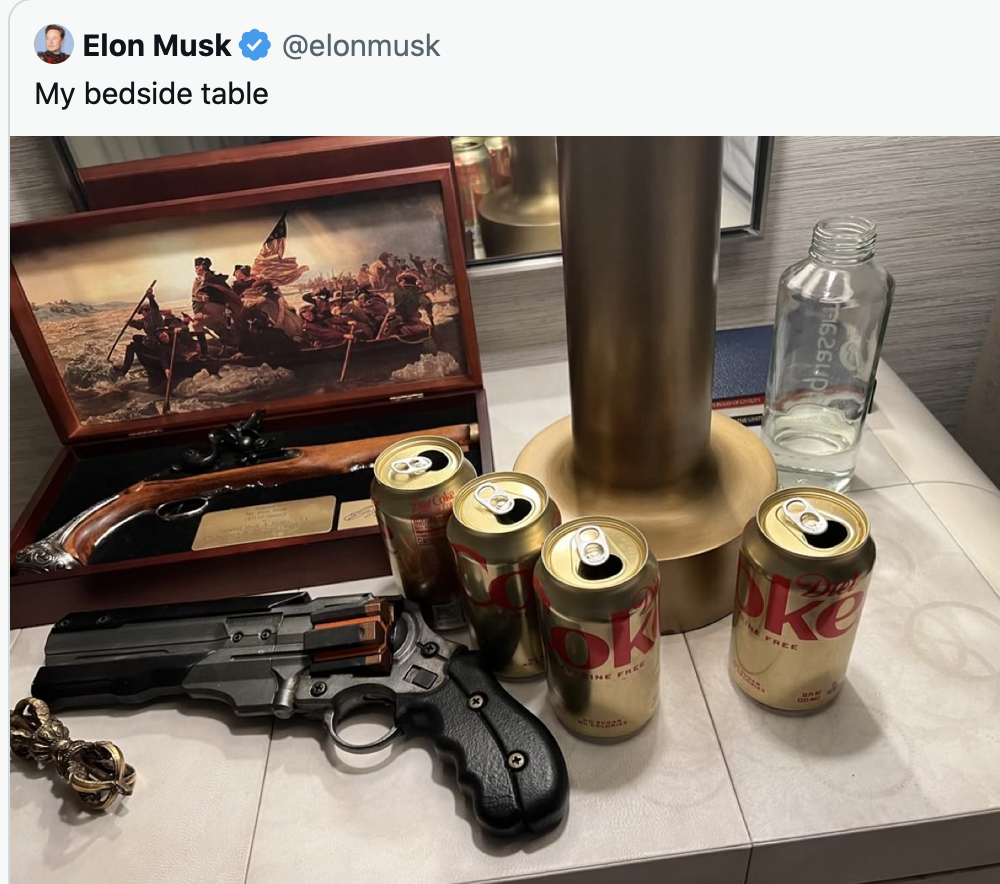 Musk tweeted out a picture of his bedside table with several Diet Coke cans, a pair of prop guns, a Buddhist symbol and a painting of George Washington crossing the Delaware River. But for some on the left, the soda was the most controversial item.

Musk has professed multiple times on Twitter that he enjoys the beverage. He followed up this picture by confessing “there’s no excuse” for his “lack of coasters,” and by calling himself “Elon Musket.”

But some liberals reacted to the tweet by making cult comparisons and berating the CEO for having poor taste.

Elon Musk has wasted little time making his mark on Twitter since he took over last month.

ELON MUSK SCORCHES MEDIA FOR BEING ‘AGAINST FREE SPEECH,’ ASKING WH TO MONITOR TWITTER: ‘THIS IS MESSED UP’

“Too much Diet Coke can cause severe depression,” he warned.

Elon Musk tweeted out an image of his bedside stand with several Diet Coke cans on it. ((AP Photo/File))

Others took issue with the guns and photo of Washington.

NBC News national security analyst Frank Figliuzzi said about the gun props, “Thank God they removed the trigger for you.”

Sirius XM host Dean Obeidallah complained, “Musk puts images of American revolution on bedside as a prop to counter his smearing of a US military veteran. He’s a South African who moved to Canada and became a citizen of Canada. When things didn’t work out in Canada he finally moved to US. Elon Musk is NO friend of the USA.”