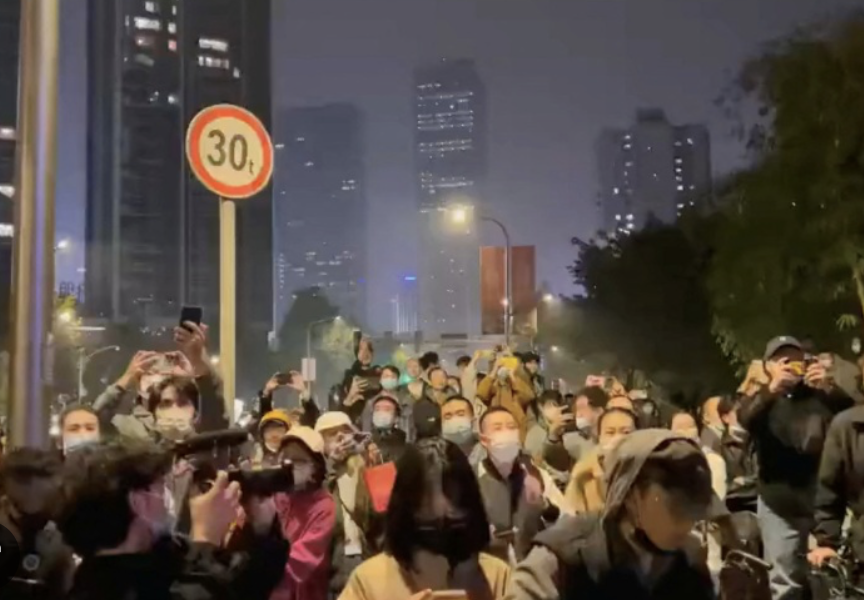 A survivor of Mao Zedong’s communist revolution warned on Tuesday that the Chinese Communist Party will use “any means necessary” to stop the uprising against Xi Jinping’s zero-COVID policy, which has been blamed for a number of deaths in the nation.

Chaos and violent clashes between police and protesters persisted in towns across China this week as the leader of the Chinese Communist Party tightened his grip on the nation’s COVID lockdowns and protesters ramped up demands for an end to Xi’s reign over the country.

Xi Van Fleet, a Virginia mother who endured Zedong’s Cultural Revolution before immigrating to the U.S., described the uprising as a “watershed moment” in an interview on “The Story” Tuesday. She offered insight into Jinping’s behavior based on her experience under communist rule.

“This is extraordinary. We’re witnessing a watershed moment,” Van Fleet told Fox News host Martha MacCallum. “During the past 75 years, Chinese people put up [with] so much abuse from the totalitarian communist government. But it was the past three years, Xi Jinping’s zero-COVID policy that brought people to the breaking point.”

While some experts predict the current protests could signal a political turning point that leads to Xi’s undoing, Van Fleet said she is skeptical that the CCP would ever voluntarily give up control of the government.

“That is a big question. In order to answer that question, people have to know that the CCP was born from violence. [In] its 75 years of the regime, it used violence, killed up to 100 million Chinese and it will not give up its power voluntarily,” she said. “It will not. It will use anyway necessary, any means necessary to stop the protests.”

Van Fleet later fired back at China’s Foreign Ministry spokesperson Hua Chunying for defending zero-COVIDin a tweet earlier Tuesday while taking shots at the U.S. for its handling of the pandemic.

“What we want is to protect our people’s lives and ensure them a better life,” the tweet reads.

COMMUNIST CHINA SURVIVOR ISSUES WARNING TO AMERICANS: SOCIALISM IS ONLY THE FIRST STAGE

“The Chinese people see through it,” she said. ” One of the triggers for the protest is that people [are] watching the World Cup and see a packed stadium. No one [is] wearing a mask. They know that this disease and this virus is not killing anyone. But it’s Xi Jinping’s policy that kills countless Chinese people.”

Beijing’s hardline COVID restrictions, some of which include locking people in their homes and welding apartment doors shut, have been blamed for the tragic burning of 10 people in a building, and the death of a young child who was unable to get treatment.

In this photo taken on Sunday, policemen pin down and arrest a protester during a protest on a street in Shanghai, China.  (AP)

“The tragedy of people being burned alive is because they could not get out, it’s locked outside, the mothers who lost their baby in front of the hospital because their Covid code is not green, all this tragedy happened. and people are starving to death,” Van Fleet said.

“It’s not the COVID. It is the policy. It’s communism that killed Chinese people.”

Addressing viewers directly, Van Fleet concluded with a message cautioning supporters in the U.S. from embracing a dangerous ideology that abandons freedom.