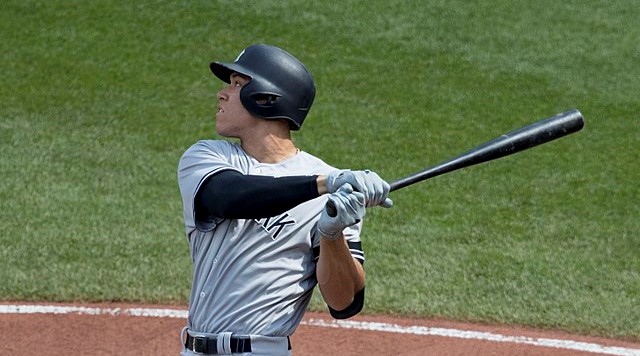 After his record-breaking, MVP-winning season, Aaron Judge is going to be a very rich man very soon.

The star slugger turned down the New York Yankees‘ offer of eight years and $230.5 million before Opening Day, gambling on himself — and he won big-time.

After hitting an American League-record 62 home runs, leading the majors in plenty other categories and being in the Triple Crown race until the very end of the season, the free agent is now in big-time offer territory.

According to ESPN, the Yankees have offered Judge an eight-year deal worth “in the neighborhood” of $300 million.

If the number is $300 million on the dot, Judge’s annual average value (AAV) would be $37.5 million, the highest for a position player in the history of baseball (New York Mets pitcher Max Scherzer’s current $43.3 million is the all-time record).

It also would be the fifth free-agent contract worth such money and the 10th deal ever to reach that dollar amount.

Click the link below to read the rest of this story https://www.foxnews.com/sports/aaron-judge-gets-historic-offer-yankees-report