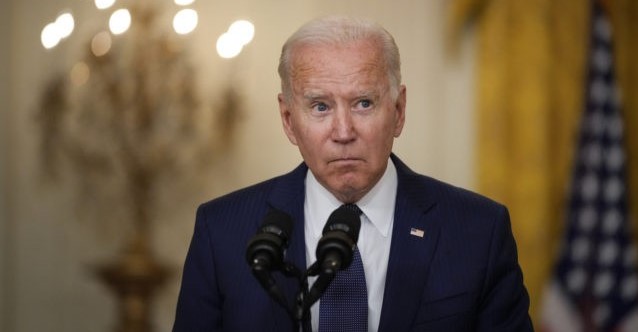 President Joe Biden shrugged off a comment by a man who shouted ‘four more years’ at the end of his speech Wednesday – after previously indicating a run for a second term was likely.

‘Oh, I don’t know about that,’ Biden said, rushing through his words and using a hand to wave off the man who shouted about another run.

Biden had just slapped down his binder on the podium and thanked the audience after remarks at a Tribal Nations Summit at the Interior Department.

Biden, who just turned 80, shortly before Thanksgiving indicated that a run for a second term was likely, but that he wanted to talk it over with family.

‘I think everybody wants me to run, but we’re going to have discussions about it,’ he said earlier this month. Many political observers took a better than expected showing in the midterms as potentially increasing the prospects he would run again. Former President Donald Trump’s announcement he will seek to regain the White House in 2024 could also stiffen Biden’s resolve.

Click the link below to read the rest of this story https://www.dailymail.co.uk/news/article-11488161/Did-Biden-casts-DOUBT-2024-run-President-says-dont-know-crowd-member.html