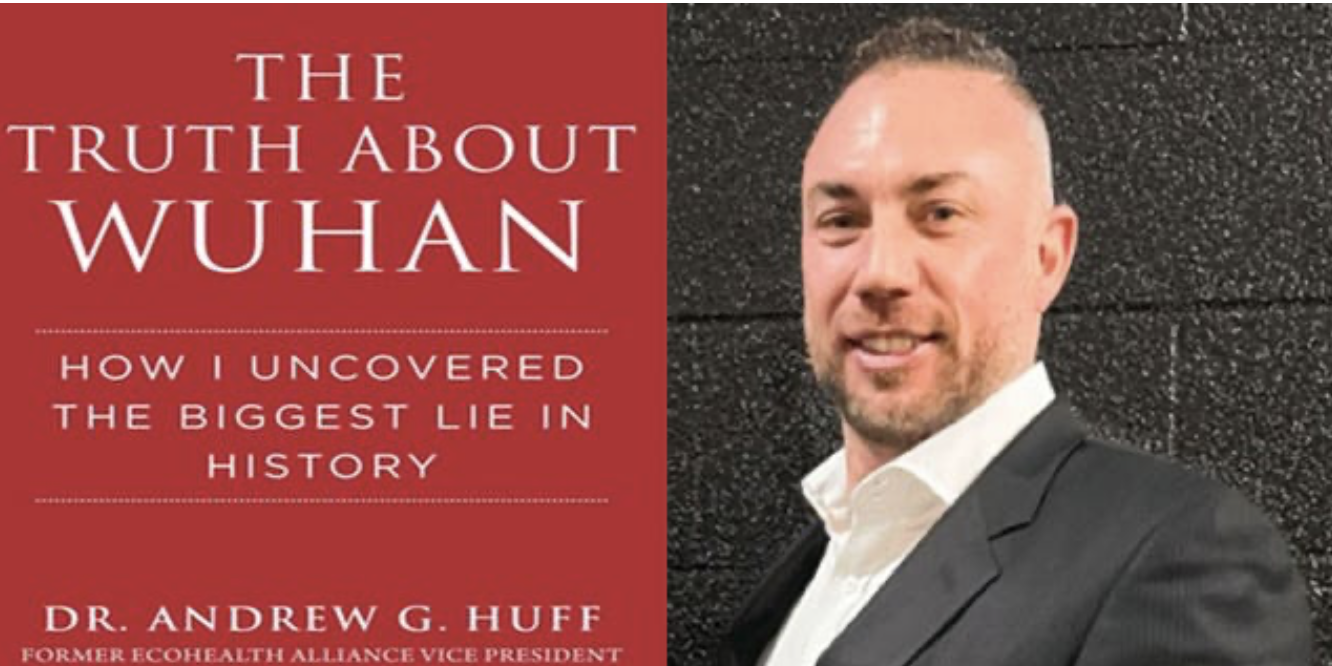 By Joseph A. Wulfsohn| Fox News

Dr. Andrew G. Huff, a former executive at the now-controversial scientific research group EcoHealth Alliance which has been swept up in the firestorm surrounding the origins of COVID-19, authored a new book he says outlines the Wuhan lab-leak theory as a fact.

Huff, an Iraq War veteran and a former research fellow at the Department of Homeland Security’s Centers of Excellence, offers a unique perspective with insight from the intel community in his book, “The Truth About Wuhan: How I Uncovered the Biggest Lie in History.”

The author tells Fox News Digital he delves into the complexities of COVID by “breaking down the science” that has only “confused” the public since the beginning of the pandemic.

“The crux of the book is focused on explaining the beginner function in layman’s terms… but also talks about the times back in the intelligence community and how this whole operation came to be,” Huff said.

Huff told Fox News Digital he has been in touch with Sen. Ron Johnson, R-Wisc., and Republicans on the House Intelligence Committee, suggesting he’d be willing to testify when Republicans officially take over the House of Representatives next month.

He’s calling on Republicans to “launch a full investigation” into COVID’s origins and the role EcoHealth Alliance had.

“People should question what I’m saying. I’m making big, bold claims, and I’m happy to take that questioning,” Huff said. “And Congress should launch a full investigation, so everyone can see what the truth is.

Huff, who as a vice president of EcoHealth Alliance helped develop biosurveillance platforms for all the “three-lettered agencies,” blasted the federal government’s response to the pandemic and its lack of preparedness as the pandemic began unfolding in late 2019 with the knowledge of the gain-of-function research that was taking place at the Wuhan Institute of Virology.

Security personnel gather near the entrance of the Wuhan Institute of Virology during a visit by the World Health Organization team in Wuhan in China’s Hubei province on Wednesday, Feb. 3, 2021.  (AP Photo/Ng Han Guan)

“Different government agencies had something called the National Pandemic Preparedness Plan. So, I had seen copies of this when I worked in the government. I helped prepare a couple of these for different government agencies. So I was shocked that we were not following the pandemic preparedness plans,” Huff said. “So these lockdowns that occurred-they were simulated and modeled by an organization that I worked with. And it made sense to do it maybe for a week or two and that’s how they initially sold it to people… But under no circumstance did it make sense to keep on prolonging it as long as we did. So when you see this happening, and all the actions that they’re taking were contrary to what we understood to be the best policy actions to take. It was infuriating.”

“And then with my experience and my knowledge to know that the government is lying about all these things, all the different policy things that are happening, I mean, I felt like I was living in the Twilight Zone,” Huff added.

PROTESTERS IN WUHAN, CHINA SEEN PUSHING THROUGH BARRIERS AS US SENATORS WARN AGAINST VIOLENT CRACKDOWN

One lie that came to mind was Dr. Anthony Fauci’s initial assertion that Americans did not need to mask which was later followed by a plea to wear them mask. It was later revealed that his dismissal of masks was to prevent a hospital shortage.

“Dr. Anthony Fauci continues to lie. He lied to Congress, and he is in damage-control mode trying to protect himself,” Huff said.

“And all of this could have been avoided if it were to been properly managed to begin with, and we had the right regulatory controls in place,” Huff added.

“The Truth About Wuhan” will be released on Tuesday.

In this article:Andrew huff, EcoHealth Alliance, lab leak, the truth about wuhan