'Tastes have changed, and honestly what offends people has changed so much now,'

By ADAM S. LEVY FOR DAILYMAIL.COM

Appearing on The View on Wednesday, Goldberg, 67, declared: ‘Leave my Blazing Saddles alone – don’t make me come for you!’ in a chat shortly after  Mindy Kaling said in a Good Morning America appearance that The Office wouldn’t be accepted by modern audiences.

The EGOT winner said the film – which sends up racism with its black sheriff protagonist – ‘deals with racism by coming at it right, straight, out front, making you think and laugh about it – because, listen, it’s not just racism, it’s all the isms, he hits all the isms.’Whoopi Goldberg defends Mel Brooks movie ‘Blazing Saddles’

She added, ‘Blazing Saddles, because it’s a great comedy, would still go over today – there are a lot of comedies that are not good, okay? ADVERTISEMENT

‘We’re just going to say that – that’s not one of them. Blazing Saddles is one of the greatest because it hits everybody.’

The storyline of the film centers around a corrupt politician who appoints a Black sheriff to preside over a village in 1874.TRENDINGMindy Kaling sizzles in a LBD and a leopard-print dress on promo tour62 viewing nowPriyanka Chopra lounges on 90ft yacht in swimsuit in Dubai69 viewing nowSharon Osbourne reveals she had ‘horrendous’ face lift last year2.1k viewing now

‘If you’ve never seen Blazing Saddles, you should do yourself a favor, get some popcorn, get a glass of wine, and put it on, because it’s magnificent,’ Goldberg said.

The show’s Sara Haines said that ‘laughing is literally the ultimate medicine for life and all that it brings,’ and that comedy should have a ‘sacred space’ for artists to work in, as such. 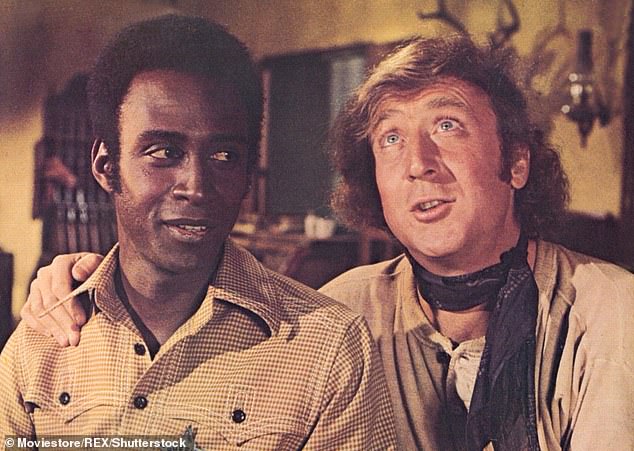 Iconic: Goldberg advised viewers to decide for themselves and watch the movie, which features the late stars Cleavon Little and Gene Wilder 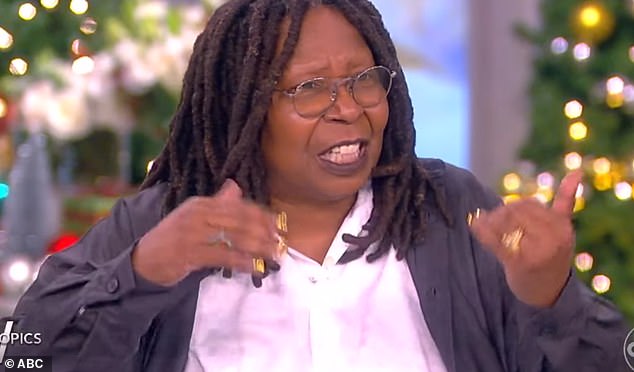 Said Goldberg: ‘Blazing Saddles is one of the greatest because it hits everybody’

The topic was discussed on the show after Mindy Kaling said in a Good Morning America appearance that The Office wouldn’t be accepted by modern audiencesOriginal 1974 Blazing Saddles trailer starring Cleavon LittleProgress: 0%0:00PreviousPlaySkipMuteCurrent Time0:00/Duration Time2:13FullscreenNeed Text

Joy Behar cited the iconic TV series All in the Family and its protagonist Archie Bunker, played by the late Carroll O’Connor, as a character whose ‘bigotry’ should be taken within the content of the program.

‘You take away Archie’s bigotry, you don’t have a character,’ she said. ‘That’s who he was, and that’s the way you’re supposed to look at people. If everybody was perfectly wonderful… and appropriate, then you’d never learn about these other people who exist out there.

She continued: ‘That’s the purpose of art: To expose you to all aspects of human beings. Why would you want to take away the beauty of watching Archie Bunker make a fool of himself?’

On Good Morning America earlier this month, Kaling explained why she felt The Office would not resonate with TV viewers in 2022.

‘Tastes have changed, and honestly what offends people has changed so much now,’ she said. ‘I think that actually is one of the reasons the show is popular, because people feel like there’s something kind of fearless about it or taboo that it talks about on the show … most of the characters on that show would be canceled by now.’

In this article:Blazing Saddles, Whoopi Goldberg