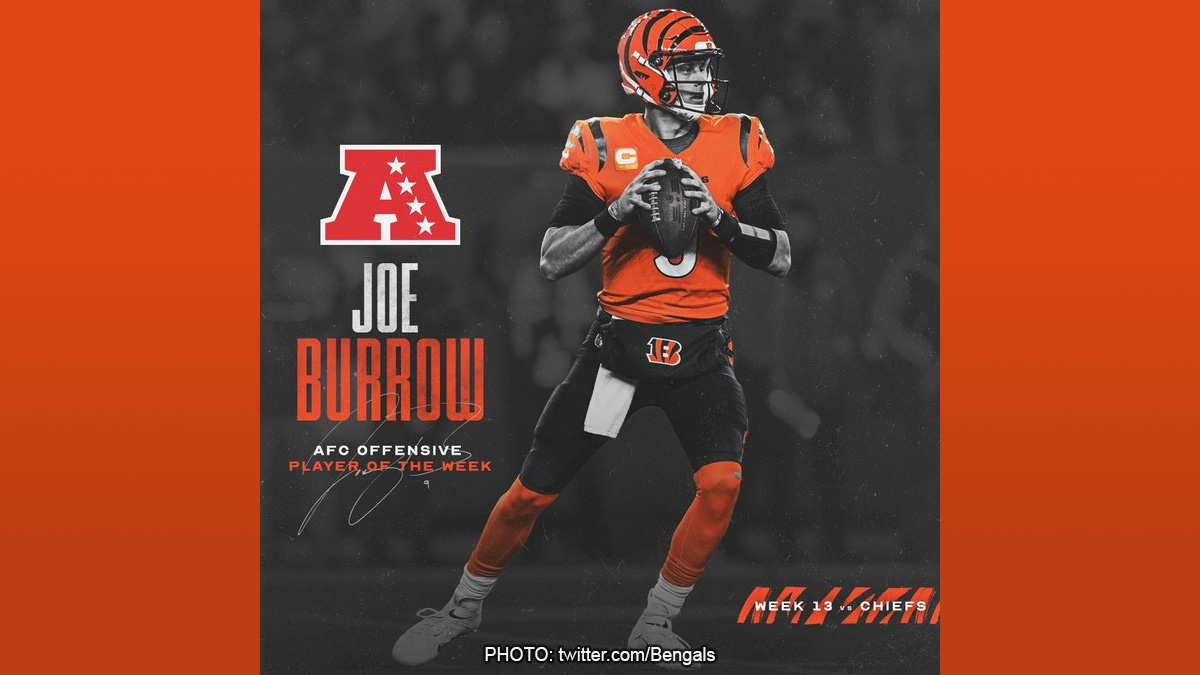 According to bengals.com, the honor is because of Burrow’s “elite” performance in Sunday’s game against the Kansas City Chiefs.

In this article:AFC Offensive Player of the Week, Joe Burrow, Kansas City Chiefs