Back in 2021, the hashtags #KillTrump and #AssassinateTrump, freely bounced around the platform, but don't you dare question radical gender ideology. That'll get you banned.

By DAVID MARCUS FOR DAILYMAIL.COM

If free speech is a pillar of democracy, then Twitter should be charged with sabotage, because they’ve taken sledgehammer to it. And every American has the right to be absolutely outraged.

The latest ‘Twitter Files’ drop on Thursday night revealed that partisan extremists at one of America’s most influential social media platforms wrapped a torniquet around the vein of free thought and wrenched it tight.

And to add insult to injury, the whole time, Twitter was lying about it.

Then-CEO Jack Dorsey told Congress that he had no idea why conservatives were moaning about being silenced – a.k.a. ‘shadow banned.’

Well, guess what? Conservatives were right.

We learned that in addition to shutting down bombshell reporting, like the New York Post’s exclusive on Hunter Biden’s laptop, Twitter executives were also suppressing individual Americans who didn’t blindly parrot liberal orthodoxy.

America’s kids were kept out of school and in masks. Businesses were destroyed and churches shuttered, and our dying were kept from seeing family, but Twitter pronounced these ideas verboten. 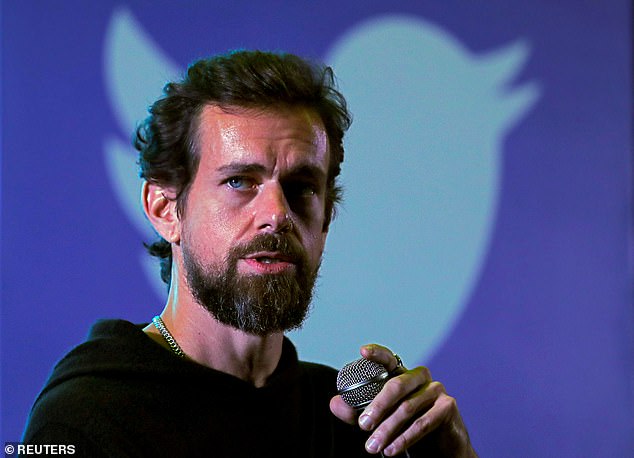 If free speech is a pillar of democracy, then Twitter should be charged with sabotage, because they’ve taken sledgehammer to it. And every American has the right to be absolutely outraged. (Above) Former Twitter CEO Jack Dorsey

They censored anything that was even remotely interesting.

Battachyara’s tweets would have been a good read for millions who were locked inside their homes and apartments for months on end. But instead, he landed on a secret ‘blacklist,’ according to journalist Bari Weiss, who was given access to internal Twitter documents by Elon Musk.

‘A new [Twitter Files] investigation reveals that teams of Twitter employees build blacklists, prevent disfavored tweets from trending, and actively limit the visibility of entire accounts or even trending topics — all in secret, without informing users,’ Weiss wrote.

We know they put their thumb on the scale of the 2020 election and censored reporting about Hunter Biden that could have swayed the vote. But did they meddle in any other races?

On Friday, Musk was asked on Twitter: ‘Were any political candidates – either in the US or elsewhere – subject to shadowbanning, while they were running for office or seeking re-election?’

Let’s keep an eye on the feeds of Matt Taibbi and Bari Weiss for the details. But who the hell do these people think they are?

And let’s not ignore how infuriating to most regular people this all is. It is no exaggeration to say that there was more deliberate censorship of conservatives than of dictators on Twitter.

Back in 2021, the hashtags #KillTrump and #AssassinateTrump, freely bounced around the platform, but don’t you dare question radical gender ideology. That’ll get you banned.

The Twitter heads interpreted this as dangerous, despite Raichik publicly declaring, ‘We 100 % condemn any acts/threats of violence.’

Weiss found that a SIP-EPS memo admitted Libs of Tik Tok, ‘has not directly engaged in behavior violative of the Hateful Conduct policy.’

They did it anyway.

‘The committee justified her suspensions internally by claiming her posts encouraged online harassment of ‘hospitals and medical providers’ by insinuating ‘that gender-affirming healthcare is equivalent to child abuse or grooming,’ Weiss reported.

It turns out, as many of us suspected, that a company filled with 20-somethings with purple hair and pronouns in their bios was simply deciding to ban speech it didn’t like.

Twitter’s corporate owners lied to everyone. They knew they were shutting down conservative speech and they used sneaky methods to conceal it and call it something else.

‘Controversial decisions were often made without getting Jack’s approval and he was unaware of systemic bias. The inmates were running the asylum,’ he tweeted. 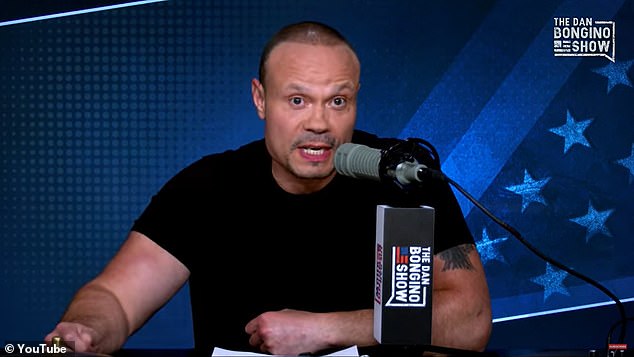 Come on Elon! The warden has a responsibility to keep the ‘inmates’ in line.

The progressive pogroms against conservative ideas while terrorists and other vile vermin populated the platform shows that the left fears conservative voices more than actual killers. That’s because unlike terrorists, the left cannot actually argue with conservative critiques, so instead they just ban them.

This censorship is obviously dangerous for our nation’s discourse, in the case of Covid it may well have had deadly consequences, but it’s also just flat out bad for business.

The reason that right-of-center cable news behemoth Fox News runs circles around its lefty competitors is precisely that it does not ignore the concerns and ideas of half the population.

Is it now any wonder why Facebook has nearly three billion users and Twitter has less than 440 million? Maybe because you can largely say what you want on Facebook?

Twitter was gutted of anything interesting in favor of bland, grey, political propaganda that the liberal academics and media hacks (who dominate the platform) love, but that ordinary people hate. 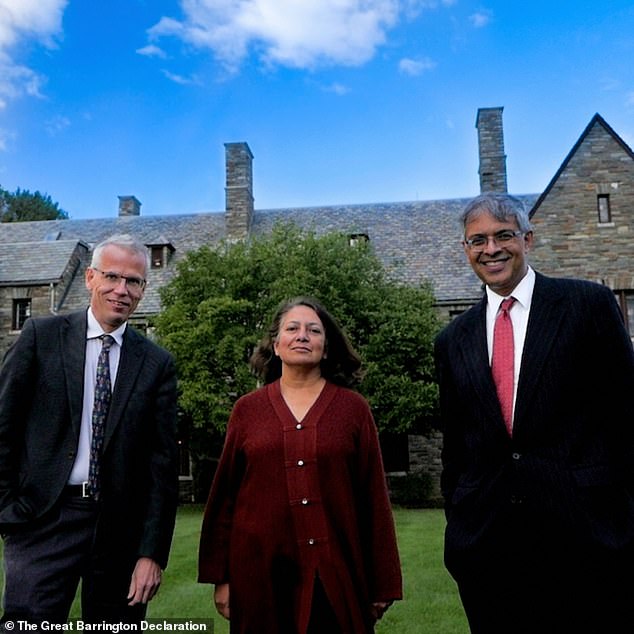 The account of Stanford professor, Dr. Jay Battachyara’s (left) was muffled for sharing thoughtful criticism of COVID lockdowns. (Above) Drs Jay Bhattacharya of Stanford University stands with Sunetra Gupta of Oxford University and Martin Kulldorff of Harvard University, the authors of The Great Barrington Declaration

Elon Musk’s Twitter 2.0 is seeking to return the Blue Bird back to its original purpose of being a true and open marketplace of ideas.

The left can whine about its paranoid fear of ‘hate speech’ but the bottom line is the bottom line and users are now flocking to Twitter, engaging more than ever, and even subscribing for a coveted blue check.

The old Twitter gave us lectures about how racist we all are. There aren’t enough masochists on earth to make that profitable.

And turning a profit is not inconsistent with good corporate citizenship. People want a fun and lively, even sometimes provocative Twitter where they can learn new things and understand new ideas.

By cleaning house, cutting overhead, demanding a stronger work ethic and freeing the platform from the grip of censorious sheep herders Musk is showing the way forward.

The laughable reaction from stunned and hapless progressive types is to ignore the revelations and instead point out that by putting bedrooms in the Twitter HQ Musk is violating building codes. No, seriously.

But the good news is that for the price of $44 billion dollars Elon Musk can now tell every one of his critics to go jump in a lake.

It is too soon to say if he can truly turn around the financial fortunes of Twitter, but at least now it’s got a fighting chance.ADVERTISEMENT